This week, 80 materials were available for laboratory testing of influenza in the IPH laboratory for virology. From the tested materials, 49 (61.3%) were positive for the presence of influenza virus – 26 were detected type A (18 A / H1pdm, 7 A / H3 and 1 non typed) and 23 were influenza type B (18 Victoria). and 5 Underemined line ). 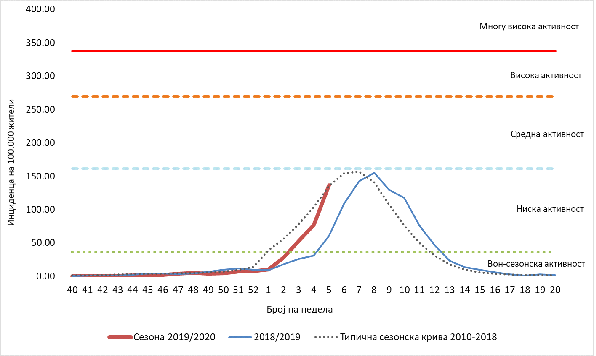 Chart 1. Level of influenza activity according to the incidence of 100,000 inhabitants, 5 weeks 2020 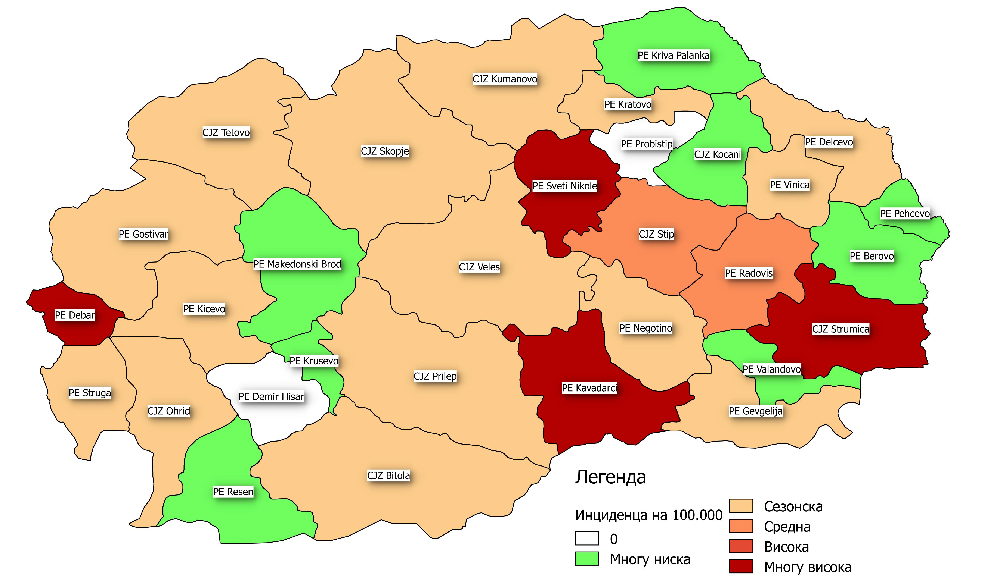 Cumulatively this season, from cases have been reported from 30 reporting units, 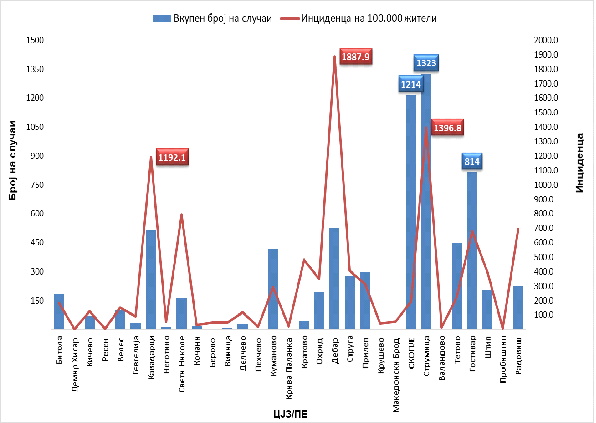 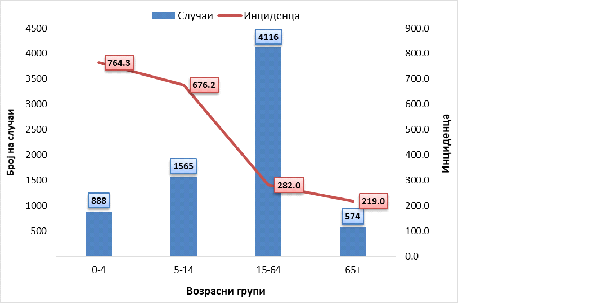 The distribution of cases of seasonal influenza / flu-like illnesses by months is given in Chart 5. The highest number (6315) and percentage (88.4%) of the cases were registered in January.

Chart 6. Weekly and cumulative distribution of number and percentage of positive samples of influenza 2019/2020 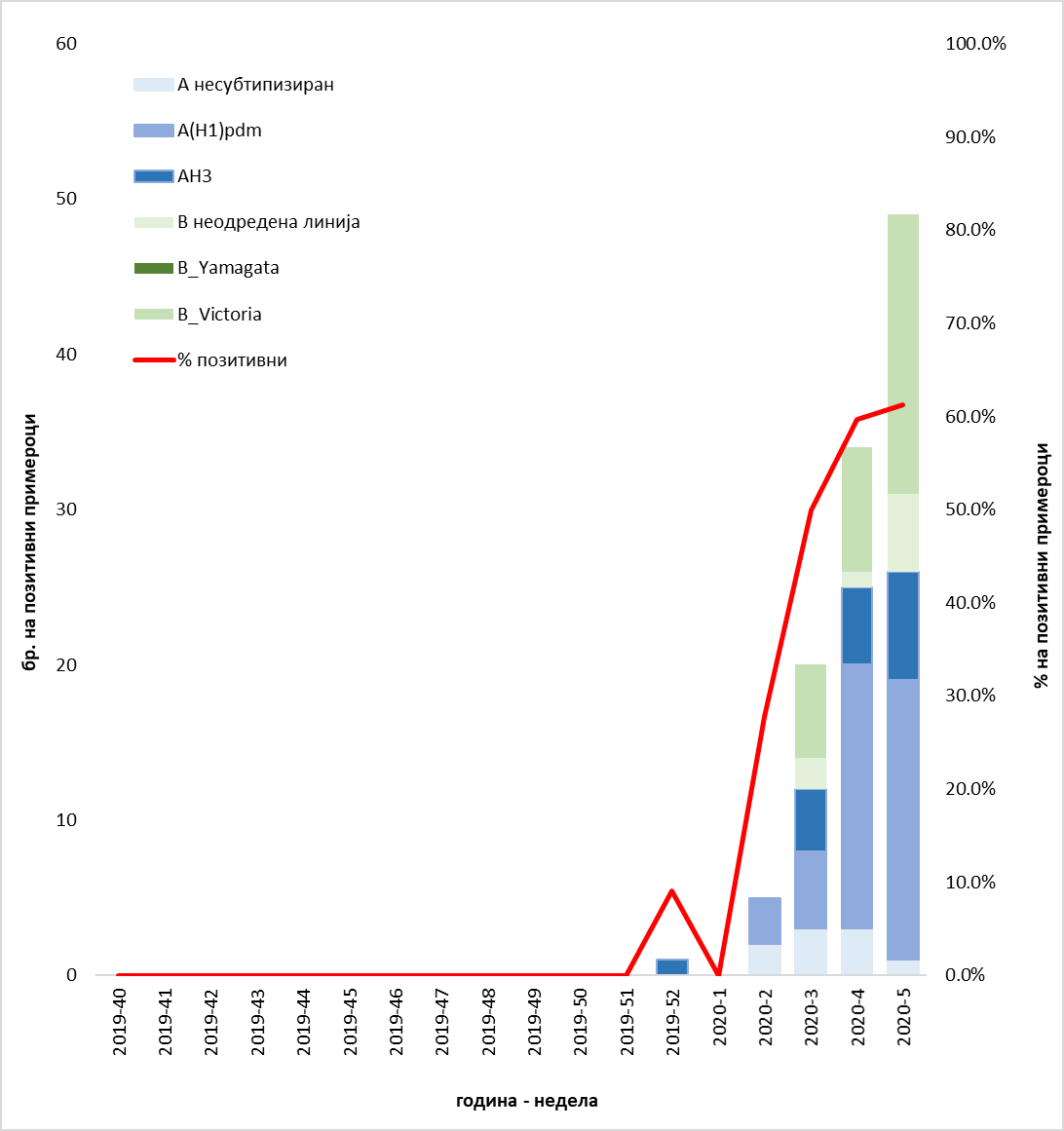 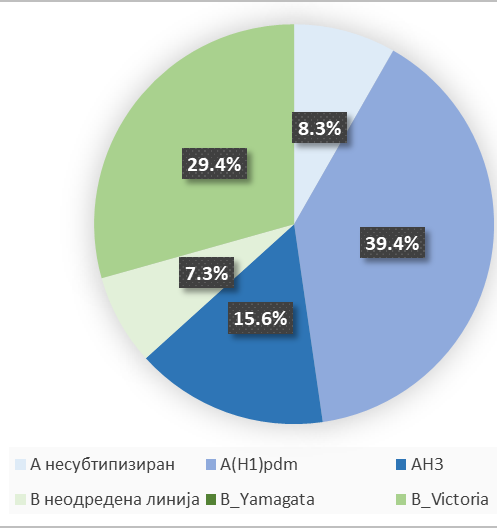 Vaccination against seasonal influenza is the most effective protection against this disease, which is why the Institute of Public Health recommends vaccination of the whole population, especially for people who are part of the so-called “influenza.” risk groups (according to WHO recommendations):

According to data from the EHS, since the start of the vaccination on 15.11.2018, and as of the close of this report, a total of 28484 people from the at-risk population have been vaccinated. .

According to a report by Flu News Europe released in week 4 of 2020, influenza virus activity is increasing.

In the reporting countries, one country reported very high, 3 high and 12 medium intensity, with most countries reporting widespread activity.

Detection of influenza virus in sentinel system samples is above 10% by week 47 of 2019. In most countries, the Influenza A virus is predominant, although there are countries dominated by Influenza B or co-circulation of both viruses.